In the blog post C64 BASIC on iOS I wrote how a C64 BASIC emulator can run as an application on an iPhone. The interpreter can execute BASIC commands and programs. But between the iOS app and the C64 interpreter only the data for the commands and the output is sent. But the screen RAM is not read, and the status is not taken into account whether the program is finished or not.

Now I want to integrate BASIC into iOS, like I did with Lua. An iOS application calls the BASIC code within Swift or Objective-C, passes a few values, the BASIC application is executed and returns the result.

I already asked myself why I want to do this with Lua, but there might be some legacy C64 BASIC code that you want to integrate into iOS. Although I don’t believe that someone unpacks his floppy disk or [datasette[] and has a miracle calculation that only runs on a C64. But when I look at the code example for the Mandelbrot Set calculation, the code with two GOSUB calls is not intuitive the first time you read it. On the other side, I don’t want to rewrite a bigger BASIC application into another programming language.

A direct interface where I can call result = command(parameter) does not exist within the interpreters. But BASIC can read or write memory contents with the PEEK and POKE commands:

This makes it possible to call a BASIC program with parameters and read the result. It would also be possible that iOS reads the value of the iPhone e.g. gyroscope and writes it to memory and the BASIC program reads it and performs some calculation. But why not implement it in Swift or Objective-C?

Which example should I use? A Hello World application is boring. Maybe the factor calculation as I used it in the Lua example? The great thing there was that I called a Swift factor method within the Lua factor method. But I don’t want to try or implement that with the C64 BASIC. But how about calculating the Mandelbrot Set?

I had the idea for the Mandelbrot Set recently when I watched The Art of Code from Dylan Beattie at the TNG Big TechDay. At about 10 minutes and 30 seconds he talks about Mandelbrot Set and how the idea behind it works. That’s why I don’t want to start explaining the principle here and deal with complex numbers and imaginary numbers, that have nothing to do with any conspiracy theory (at least I don’t know any). Have a look at the video — the whole thing is preferable.

Is anyone else here, or did I lose you watching the video? Cause now I need code with a Mandelbrot Set calculation example. Unlike in the past when you typed code from a magazine — really — today you copy something from Stack Overflow. But in this case, there is no example of Stack Overflow, but the internet is big: How to simply create the Mandelbrot Set on the Commodore 64. This blog post also explains in detail how complex numbers and the Mandelbrot Set work.

The 200+ lines define the Main method. Within two loops for width and height, each point is calculated and displayed.

The 300+ lines are responsible for the calculation. Within a loop with the REPS, the calculation is performed. If the result is greater than 4, the point is outside the Mandelbrot Set. The blog post explains what it is about the 4.

For the Mandelbrot Set example, I used my C64-BASIC-iOS-emu6502-cbm example. But when I execute the example, not much happens, because the program writes directly to the screen RAM. The interpreter only outputs text without showing what is really visible on the monitor. For this reason, I have extended the Emu6502Cbm iOS framework to read the memory from the C64 with readRam and writeRam. 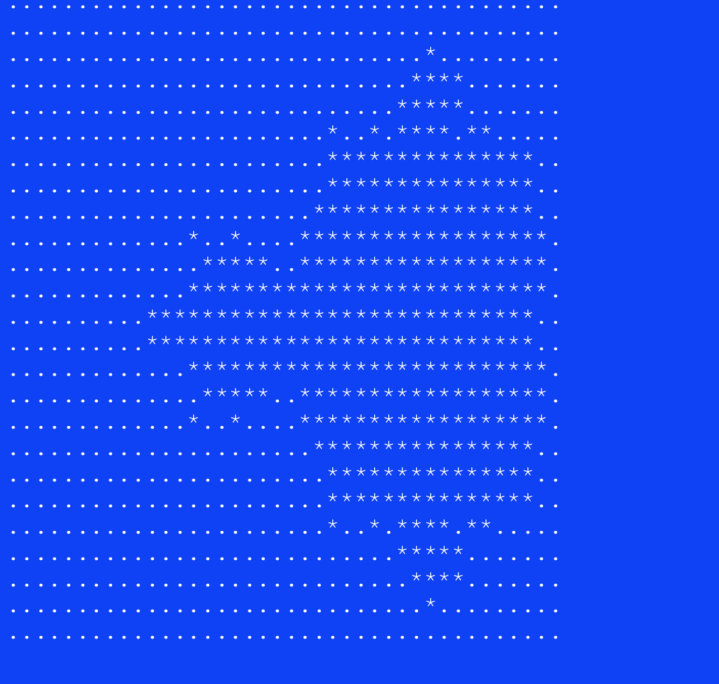 Within the iOS application, I read the color values from the memory location 55296 and then printed them as text — all black dots as star and all others as dot. The image shows the typical Mandelbrot Set — but it doesn’t look that great. I used a mono font and adjusted the colors a bit, but I need another app. Let’s take a look at the iOS implementation.

Printing the Mandelbrot Set only as text looks good only in the first moment. Something with graphics will look better. But I have to consider that I only have a resolution of 40x25, which is less pixels than a browser favicon has.

The two colors are also very boring. If you look in the internet for Mandelbrot Set pictures, they have these nice colors, especially at the edges. The first step is to increase the colors.

As the C64 supports 16 colors, I have adapted the code a bit, so that all 16 colors are used. You can say what you want, but I just append these three lines to the listing, and I have both the original code and the modifications. But as I said before, BASIC is not exactly a clear language. 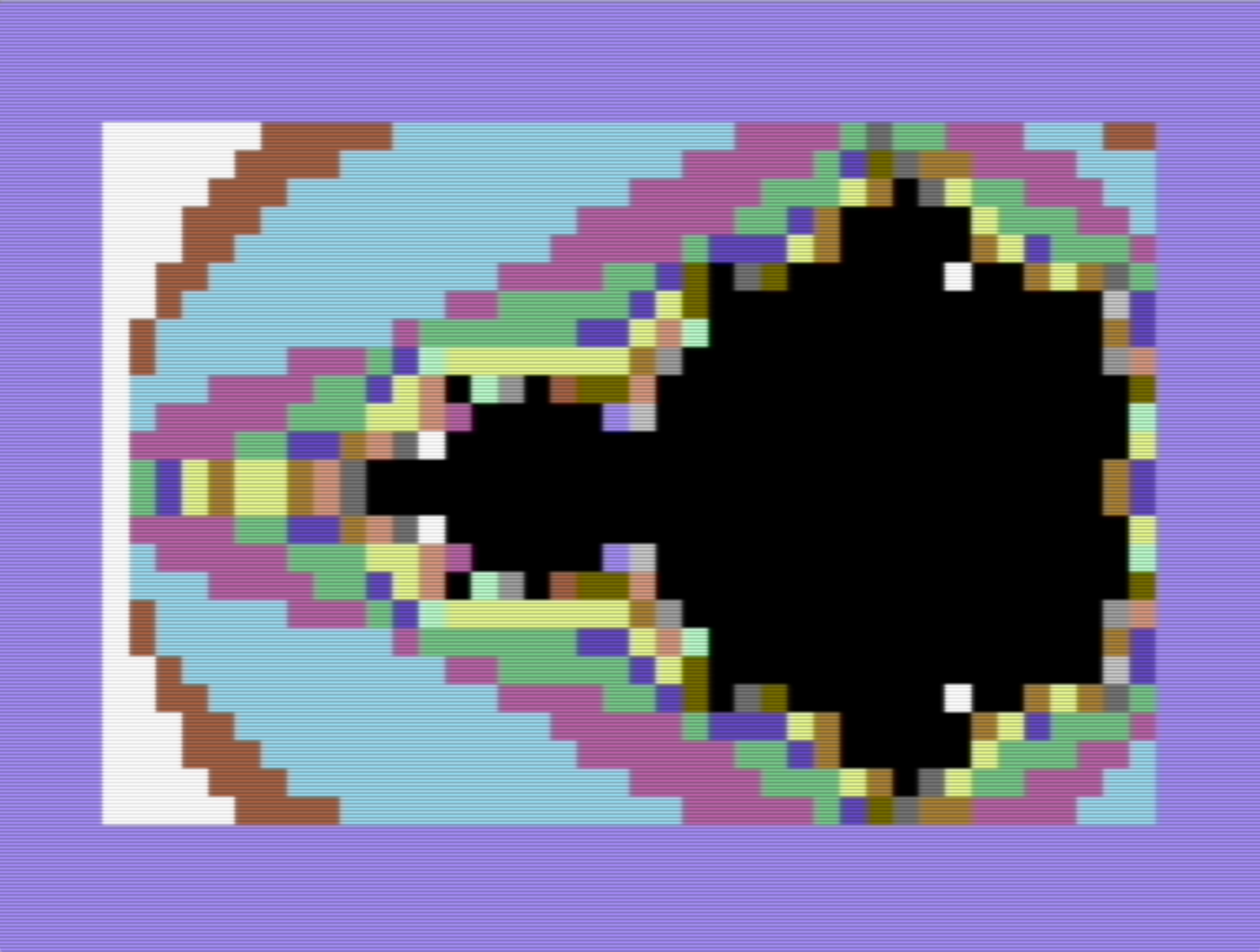 In contrast to the Lua example, where the interpreter only has to be started, the C64 Emulator first has to start the C64 system or even boot it. The Kernal ROM and Basic ROM are loaded and the C64 BASIC is executed, so that the user can execute a program. But this means that I have to wait until the whole system is booted and then I can set the parameters and execute the code. But this is just necessary the first time.

I read the value at the first position of the 5th line and when it is 18 the C64 is started. 18 is the ‘R’ of ‘READY’. The Character set is something different in the C64 than in the ASCII character set.

After the C64 is started I can set the parameters and start the Mandelbrot Set program.

How do I determine when a BASIC program is finished? That depends on the program, of course. If I am just waiting for a result, I can check the text output or a memory location. For continuous values, like the Mandelbrot Set calculation, I can check the last value. But the easiest way is to write the status with POKE into a memory location and read this value within the iOS application:

For the output, I thought I would display the 40x25 characters as large dots. This will fill the whole screen. The single dots are displayed point by point and depending on the value in different color or brightness. The display is created as one big image, integrated in a ScrollView in SwiftUI.

The Mandelbrot Set program writes directly into the Color RAM. But this is handled specially, so I can’t really read the value that is written. For the example shown at the beginning, I get the values 240 and 242, so I write the result to memory location 38000.

The output with the big dots looks like this:

To represent different areas within the Mandelbrot Set, I thought that if I double-tapped on the image, I would calculate a new representation. For this I have to pass the parameters to the BASIC application.

This is easy, almost too easy, because I can transfer double values without any problems. But the BASIC code becomes more confusing and I don’t want to deal with a template engine.

With the second variant I write the parameters into memory and the C64 program reads them at the beginning. But the memory can only store 8Bit values. However, the parameters for the Mandelbrot Set are floating-point values.

I store these values for all parameters in the C64 memory. Then I start the C64 BASIC program that reads the memory and converts the parameters into floating-point values. Thereby the application divides the values by 1, 256, 65536, and so on. If the eighth bit in the first byte is set, then it is a negative value and the program multiplies the result with -1.

Now the Mandelbrot Set calculation can be started by jumping to line 120, otherwise the program will overwrite the parameters, defined by line 100 and 110. 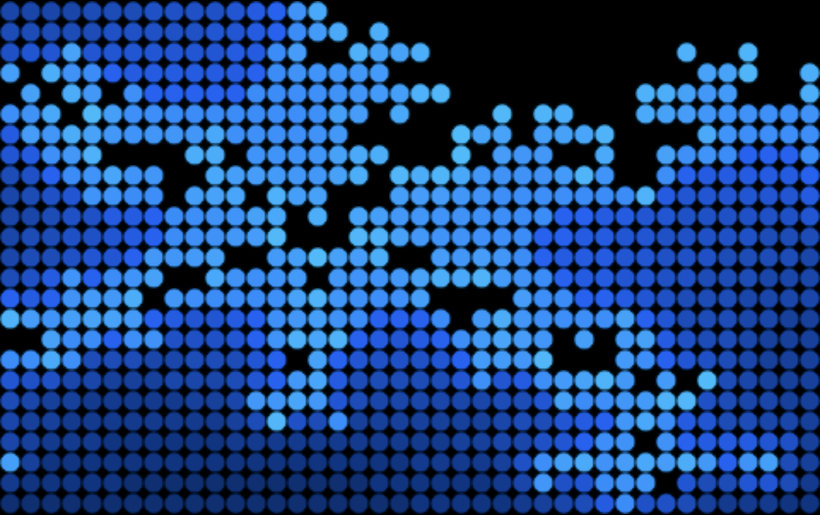 The 6502 of the C64 has no multiplication opcode (machine code). This is done with software, bit shifting and addition of numbers. You have to keep in mind that the 6502 was released in 1975. The 8087, an FPU (floating-point unit) 1980 — five years later. This was a co-processor, specialized in mathematical operations and floating-point calculation. At that time, it was an expensive co-processor, which existed until 80464 as 80467. Today nobody worries about the fact that a multiplication is not part of a processor and the calculations of floating-point numbers are done within hardware.

But much more interesting is the comment SLOW AS A TURTLE ! 🐢 at the position 0xBA89. This position is called over 2.8 million (2829335) times during the calculation, so more than 2800 times per point. For this reason, you can see how the application draws each point one by one — this is very relaxing.

I did not use the Mandelbrot Set example because it runs very fast on a C64 BASIC emulator. Rather the opposite, because it runs slower and you can see the calculation and the processes. I can watch almost every single point and see if it is part of the Mandelbrot Set or not. With the following code line you can see how the dot gets lighter and lighter and then maybe disappears.

The iOS framework with the C64 BASIC emulators is a nice playground. I uploaded the source code for the Mandelbrot Set calculation into the C64-BASIC-iOS-emu6502-cbm project on Github. The project was exciting, the parameter passing interesting and let’s see what I do next … stay tune.

> CocoaPods is a dependency manager for Swift and Objective-C Cocoa projects. It has over 76 thousand libra...