Programming an ATTiny85 with an Arduino

As a farewell gift for a colleague who is also a fireman 👨‍🚒, I thought of the following:

The ATTiny85 is a MCU similar to an Arduino, but a bit smaller, with less IO pins and cheaper. It can be programmed, but not as easy as an Arduino, which you just connect to a computer with a USB cable.

The ATTiny85 has 8 pins in total. Two of them are needed for the power supply. That leaves 4 to 5 pins which I can use as output or input. I only need two pins to connect the LEDs and one pin to switch between different flashing modes. I use two wires as a switch and when you touch both the ATTiny85 reacts. I leave the input pin open and if it is more than 1 second HIGH I switch to the next mode. 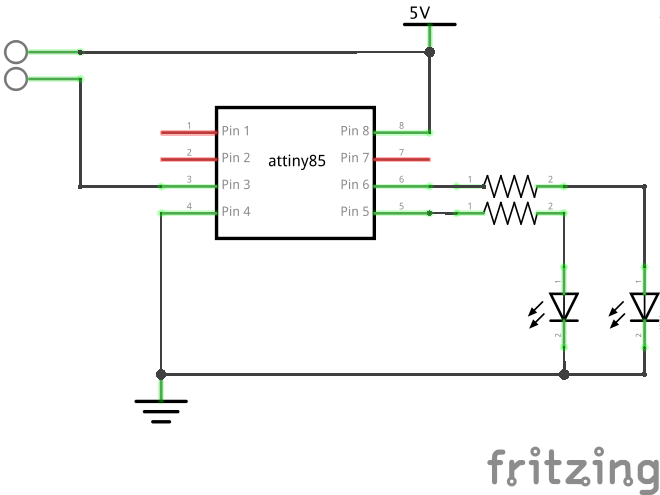 It’s not the first time that I program an ATTiny85 and there are also different guides on the internet: Programming ATtiny85 with Arduino Uno

The following picture shows the setup for programming the ATTiny85: 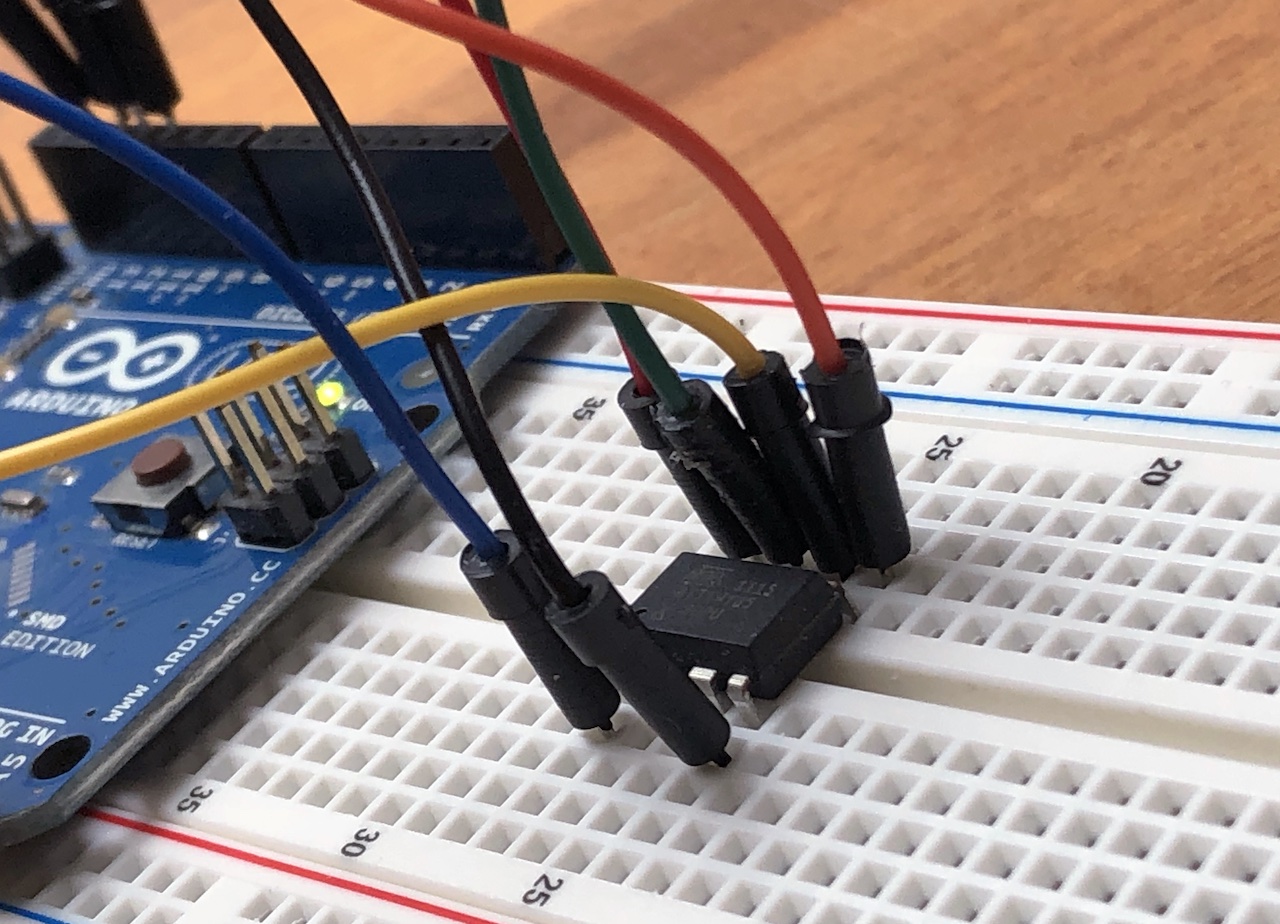 ATTiny85 programmed and wired for blinking: 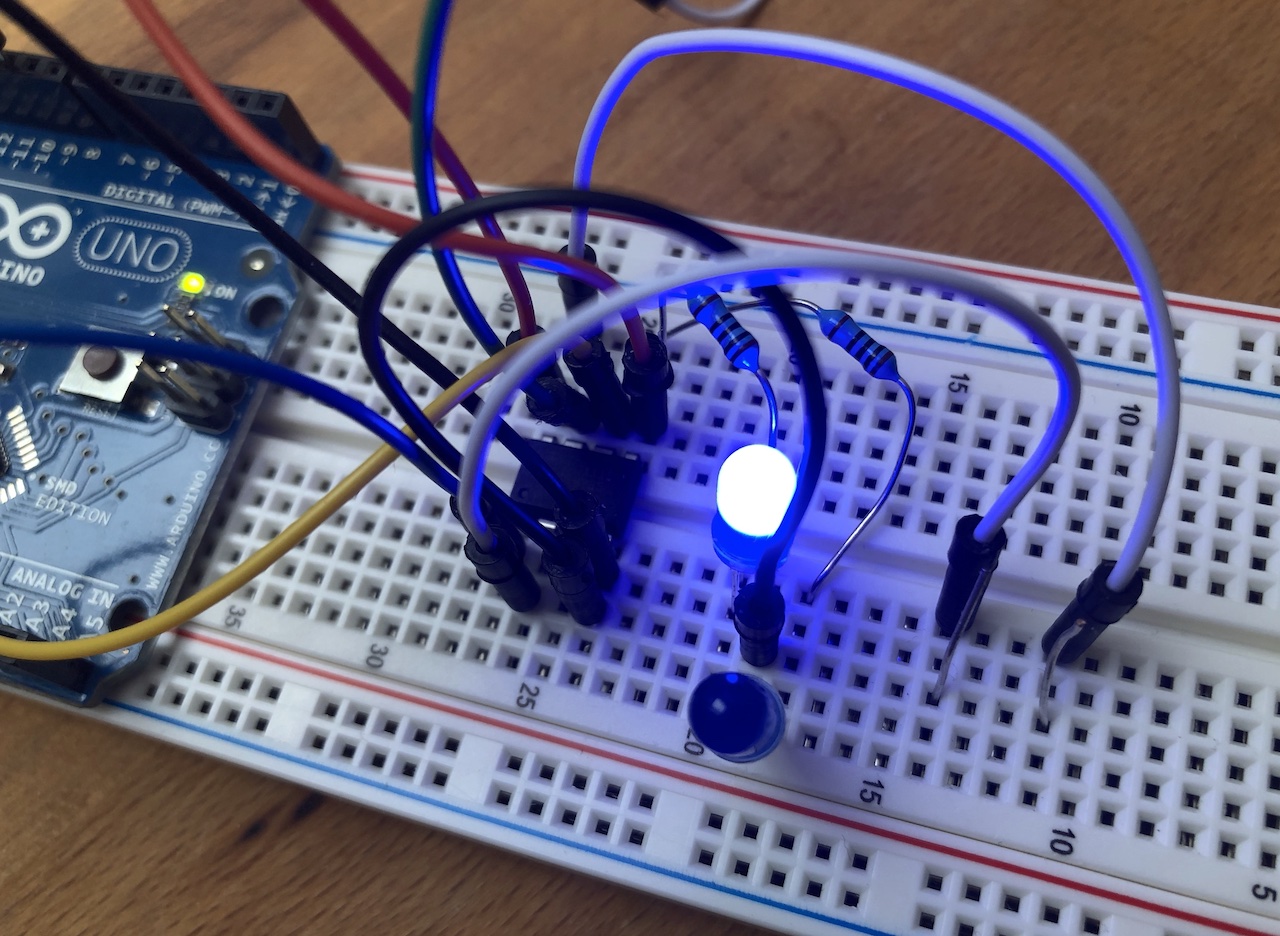 As you can see in the source code I have the following 5 flashing modes:

After the ATTiny85 was programmed, I tested it first of course. For this purpose I built the circuit which I also installed in the book.

I put the LEDs through the paper and bent the feet, with the ATTiny85 too. Then I soldered everything with the resistor, added the USB cable and tested it. The USB cable is only for power supply. There are also examples to control V-USB with ATtiny45 / ATtiny85 without a crystal. This can be used for example to make the LEDs of the fire engine blink when a tweet with the text “fire” is received. 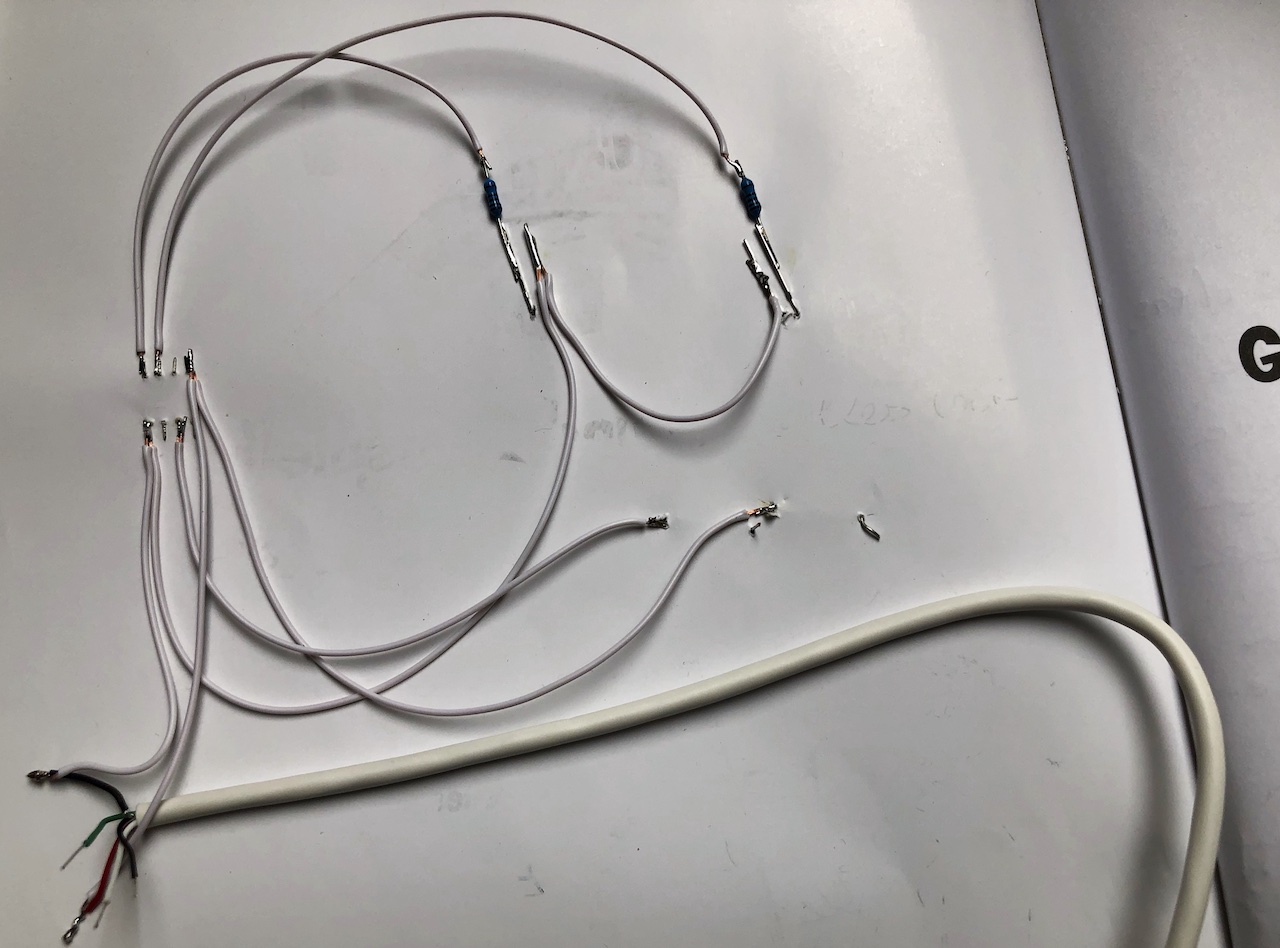 The front of the coloring book with the blue LEDs and ATTiny85: 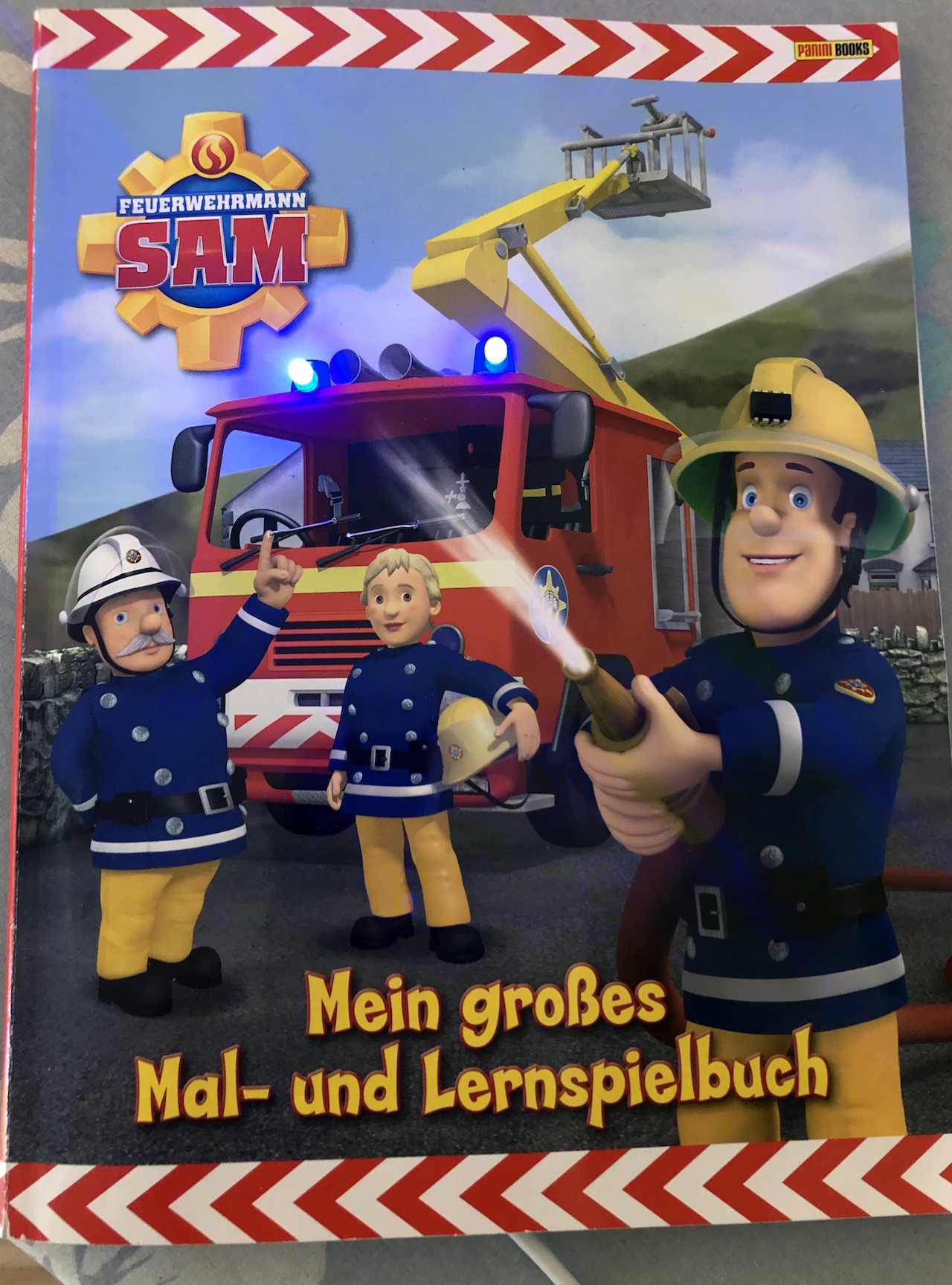 The mode selector at the wiper: 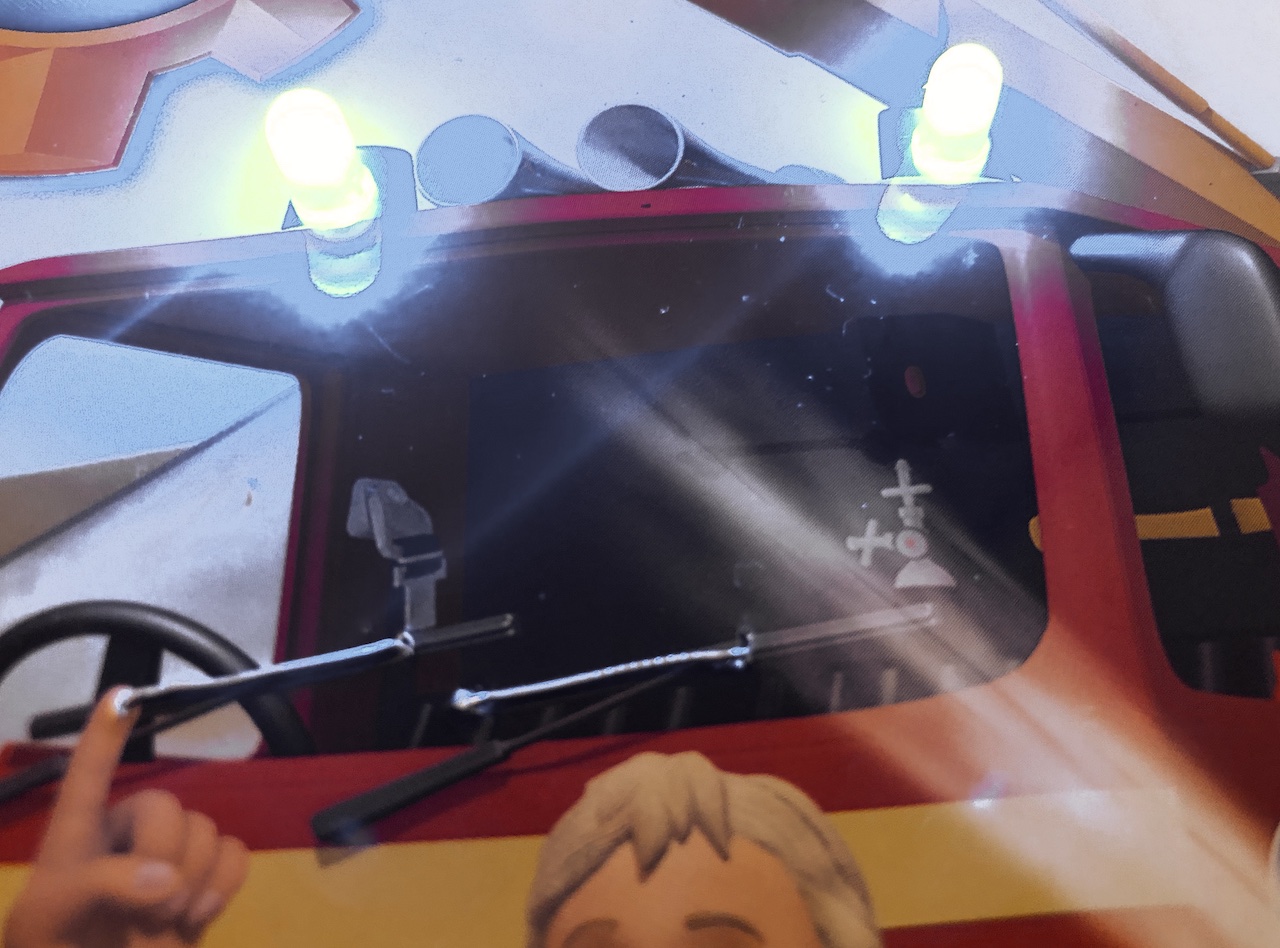 A simple gift for less than 10 Euros and something to tinker. And the best thing is that many colleagues have perpetuated themselves in the coloring book.

Fatigue \Fa*tigue\”, To weary with labor or any bodily or mental exertion; to harass with toil; to exhau...

> Magic Quadrant is a series of market research reports published by IT consulting firm Gartner that rely o...