Dockerfile FROM AS — C64 Emulator

The Commodore 64, also known as the C64 or the CBM 64, is an 8-bit home computer introduced in January 1982 by Commodore International – Wikipedia: Commodore 64

First, I looked at C64 emulators for STM32 boards and found a project: Commodore 64 for STM32F429 Discovery board. This project shows on the LCD display of a DISCO STM32F429ZI the output from a C64 emulator. Unfortunately, I do not have this board. Therefore, I looked at another project by Dave Van Wagner, where I can access a STM32 board (e.g. NUCLEO STM32F401RE) via a serial connection, on which a C64 emulator is running: c-simple-emu6502-cbm 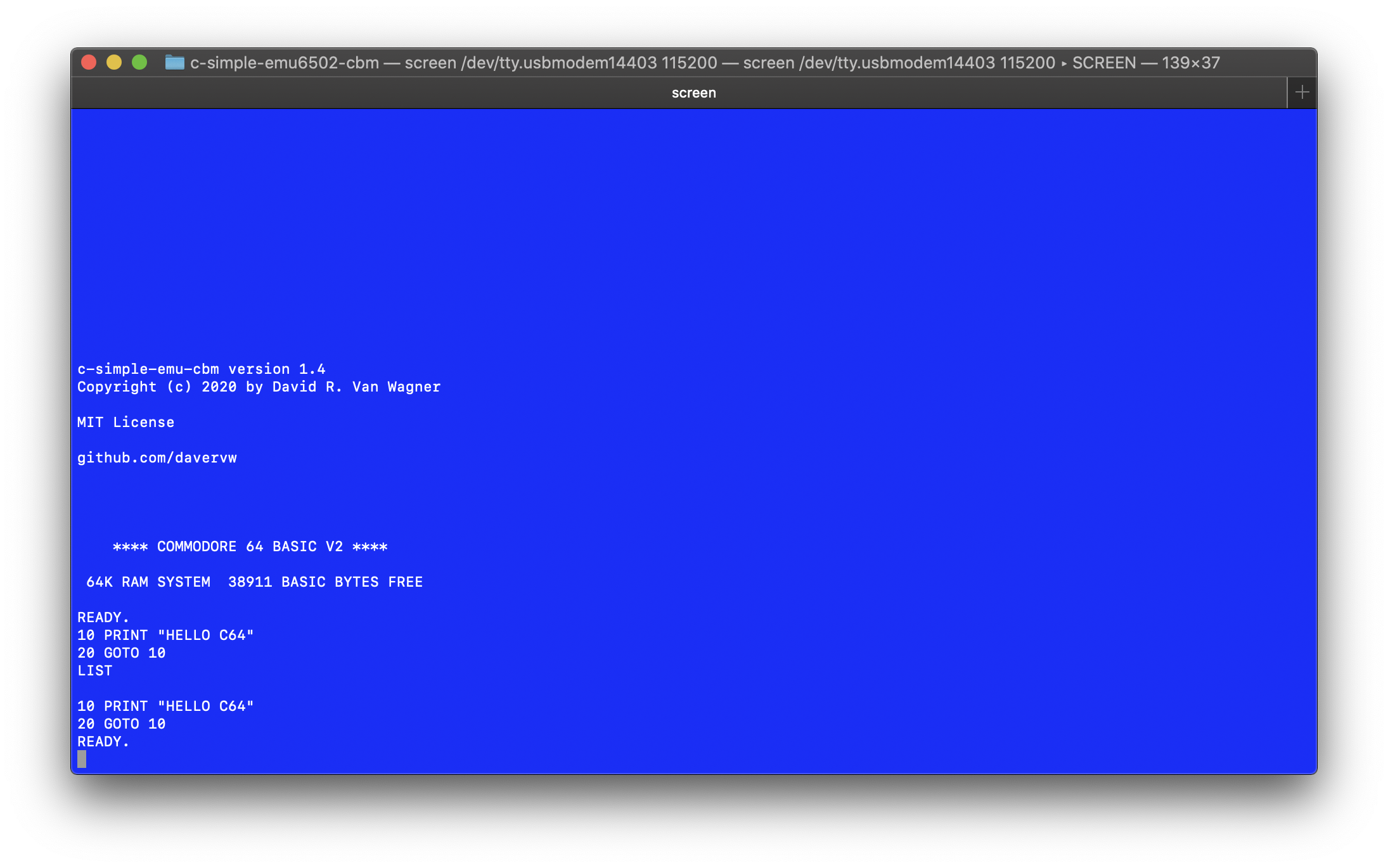 Kinda cool 😎, a board with USB, a serial connection, the background color of a terminal window in blue and I can write some BASIC like on a C64:

I adapted the code of the C64 emulator a bit, because the C64 understood the commands (BASIC token) only in capital letters. I don’t know if the C64 knew lower case letters?

Then I asked myself, if there is a docker image for a C64 emulator. Of course, there is at least one image: docker-c64

I looked at the Dockerfile of this project and discovered something interesting: FROM AS

I never noticed this before. Maybe it’s because I always think about which base image, I use for the docker file (e.g. alpine, ubuntu). I have never looked at the ‘FROM’ and its possibilities. With the ‘AS’ parameter you can e.g. create a build image containing the compiler and the necessary libraries. For the final image you can use COPY --from to get the compiled files.

I have adapted the Dockerfile in the TinyMUSH posting. This reduced the size of the docker image from 435 MByte to 80.2 MByte. It has only 1/5 of the original size.

FROM AS is a way to reduce the image size when you create a Docker image and compile it.

BASIC is so 🤓 with the line numbers and GOTOs you can write Spaghetti code 🍝 in less than 3 minutes:

I got a note (@mmaciaszek Tweet), that there is a Commodore Basic for the command line: cbmbasic

Running npx command name automatically finds the correct reference of the command inside the node_module...

> Highlight.js supports over 180 different languages in the core library. There are also 3rd party language...